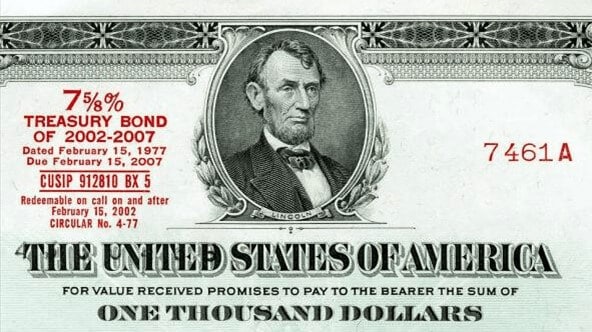 What are Treasury Bonds?

Treasury bonds (t-bonds) are a form of bond issued by the government. They are debt being sold by the government that pays a small amount of interest over a fixed period of time. These are sold to support government spending and are often seen as a low to risk free investment. As with the majority of low risk investments, due to the stability and security of a treasury bond, the interest paid is a low amount. A Treasury Bond will pay interest semi-annually until the maturity of the bond is reached, which ranges between 10-30 years.

T-Bonds have a minimum hold period of 45 days before they can be sold, but are often purchased for long-term investment options as interest paid is only taxed at the federal level. This set up of low risk and interest payments semi-annually makes it an attractive choice for diversification of retirement portfolios. 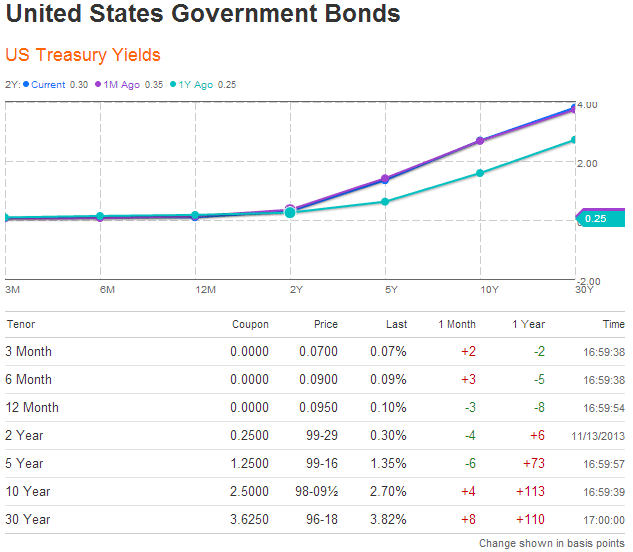 How are prices for Treasury bonds set?

The prices for treasury Bonds are influenced by the market supply/demand and outside factors such as the Federal Funds Rate, which is set by the Federal Reserve. When the Fed raises its interest rates the prices of fixed rate government bonds decrease. This is due to the nature of the bond, the interest paid is low and variable, if the market interest rates are rising, they are no longer as attractive to invest in. Brokers such as banks will try to sell off the less attractive bonds and the prices will come down, but the opposite is true as well. When interest rates are low and expected to go lower, there is a demand that may increase the prices of the T-bonds issued.

What are current interest or coupon rates?

The interest rate of the bonds depends on the time frame for maturation. Currently the 30 year T-Bond rate is at 2.52%. Normally there might be more variation between maturities, but the 10-year bond is also near the same interest rate as the longer term 30-year. This can happen when investors are unsure of the long term market stability. There are a variety of factors such as inflation, and supply chain disruptions that can impact the long term outlook for investors.

Overall, bonds are important securities for investors to use to diversify the risk exposure of a portfolio. The price and interest rate for each bond may vary, but since they are backed by government taxes, they are considered a relatively stable investment. What they lack in high potential ROI, they make up for in security. For those on fixed income or nearing the age of retirement, security begins to weigh more heavily in risk management for investments.

The January Effect and Why it Matters