With global energy security no longer as stable as it was a month ago, it comes as no surprise more automakers have made their intentions clear to speed up their transitions away from fossil fuels. Although most legacy automakers are moving the way of battery-powered electric vehicles, Toyota is looking to break away from the pack and look towards revitalizing their internal combustion engines with a new fuel source.

A Modern twist on a classic

Car enthusiasts world wide love the V8 engine, in terms of horsepower and sound they are hard to beat, but they are highly efficient designs. This has led to a decline in cars that utilize them, as automakers aim for more fuel efficient designs that appeal to a larger market demographic. In some ways the V8 provides the perfect contrast to a battery operated motor, which emphasizes efficiency but fails to invoke any of the enthusiasm a traditional engine might.

To help bridge the gap between traditional ICE engines and battery operated “green” electric vehicles, Toyota has enlisted Yamaha to help them design a new Hydrogen powered V8 based on their Lexus RC F coupe engine base. Yamaha has stated that they have been working on their hydrogen engine design for the past 5 years to deliver upto 450 horsepower, while being as close to carbon neutral as possible. The latter point is important for the company’s pledge to reach carbon neutrality by 2050 but still be able to produce ICE engines.  While it should be mentioned, Toyota has smaller experimental engine designs completed for vehicles such as the Toyota Yaris, but the V8 is their most ambitious design. 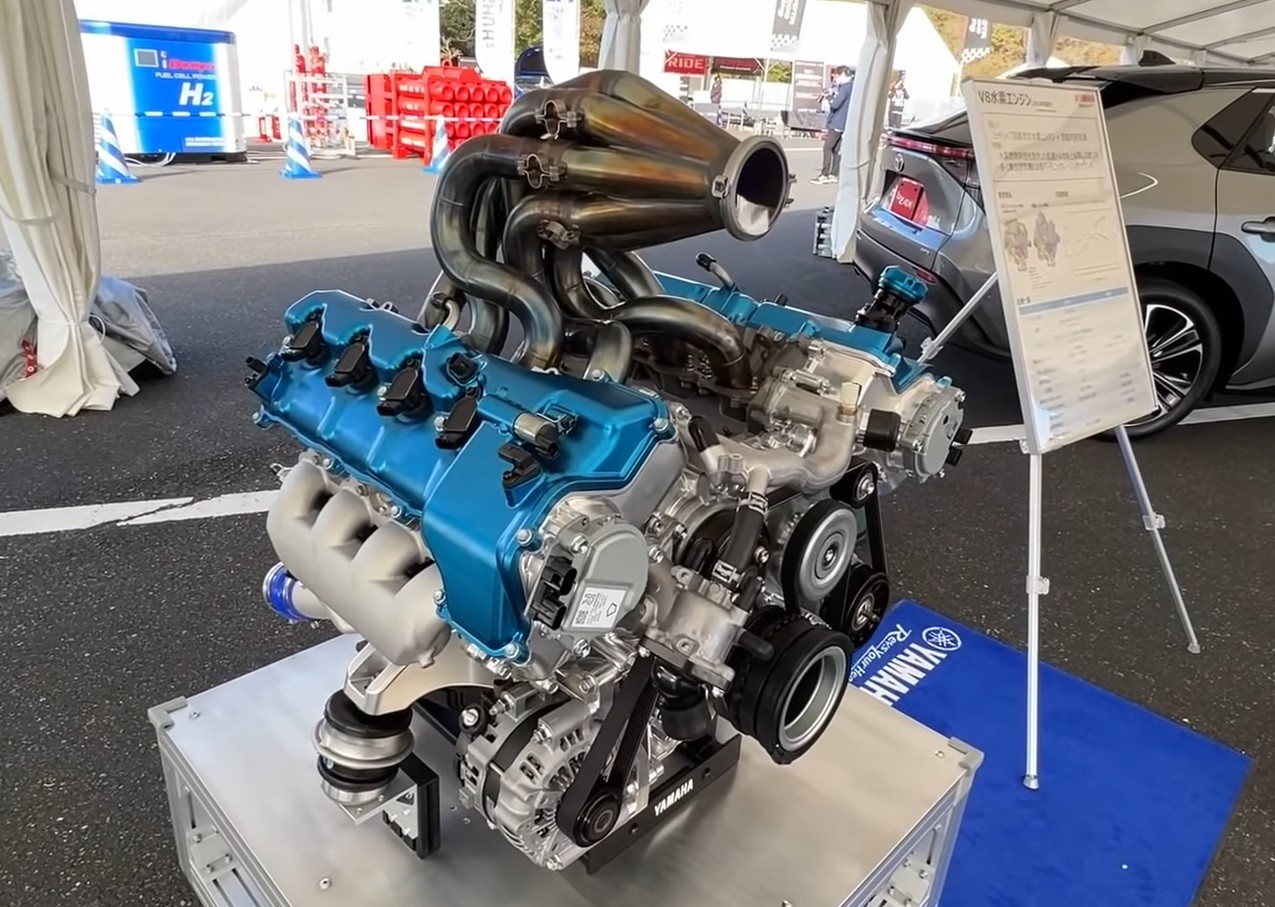 Why should we care?

The market is always affected by innovation, Tesla for example was considered by many to be over valued but the innovation the company brought to the auto market was appealing to many investors. A functional, green and efficient V8 would be a huge innovation for the auto industry. It would provide an alternative fuel design for those who do not want a battery operated vehicle, but still purchase a car that isn’t reliant on gasoline.

Although the concepts are good in theory, it has its share of critics, Tesla being the most vocal as their CEO Elon Musk is never shy of sharing his opinions on Twitter. The main criticism is that in the past the experimental engine designs were inefficient and expensive. These hurdles need to be overcome if Toyota wants to shake up the current status quo on the options available for a “green” vehicle and expand their potential market share.

Check us out on social media