“The secret of your success is determined by your daily agenda“ – John C. Maxwell

We shorted the market.

We are anticipating more downside in the overall market.

Learn How to Lose! 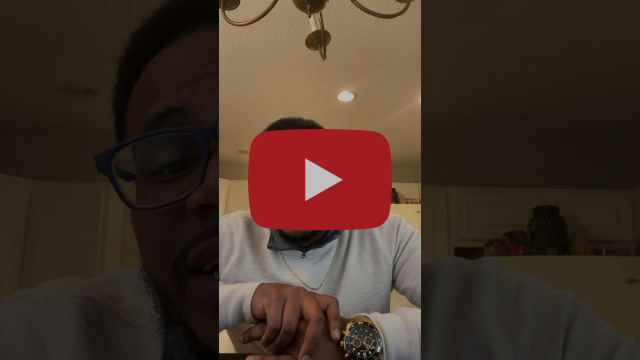 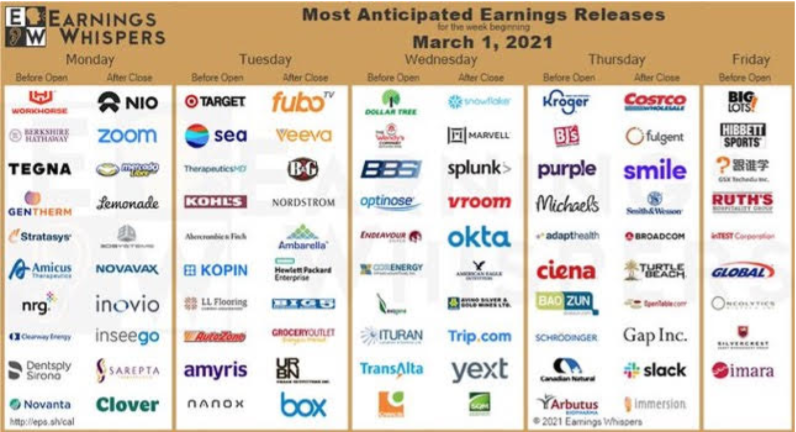 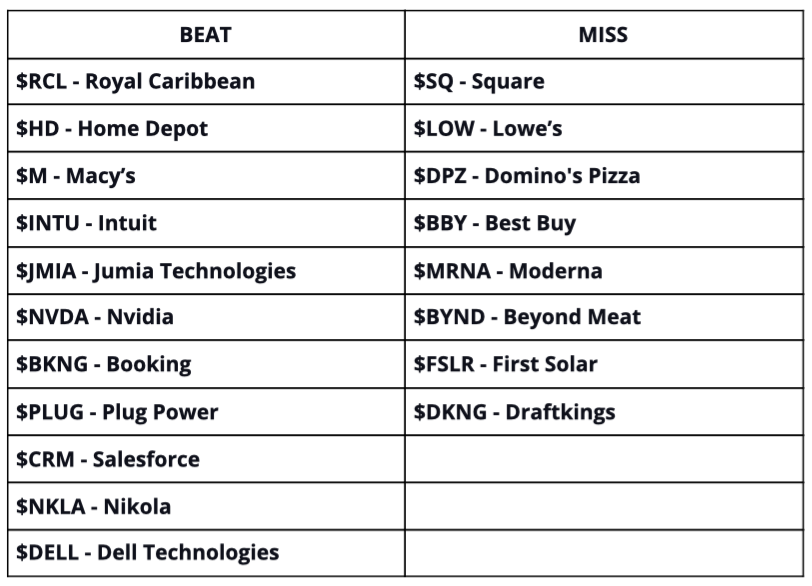 10-Year Treasury Yields jumped 14 basis points to 1.34% and reached1.37% overnight. Yields have increased 28 basis points so far in February, which can significantly impact high-growth companies who rely on low-interest rate loans. While this may hurt high-growth companies, this is a sign of growing confidence in the economy. House Democrats are looking to finalize a large stimulus package that could cause an uptick in inflation and increase short-term interest rates. Businesses are borrowing at low rates, and any increase can seriously hamper their growth moving forward. When vaccinations have been implemented, and society can resume, the economy may overheat in a short period with rapid amounts of inflation. The 10-Year Treasury Yield having an uptick is a preemptive measure to counteract the economy’s possibility of overheating.

In Spite of the Red, the Fed Shows Optimism

J Pow spoke with Congress on interest rates and inflation for the short-term. Jerome Powell says there is a lot of liquidity in the market, and people want to place it in Treasury bills. He is worried that downward pressure on rates and the Treasury General Account is shrinking in size. He also believes that there will be more realized gains later this year with the economy and vaccines.

Facebook reached an agreement with the Australian Government about proposed amendments to the media bill. The original bill would have made digital platforms pay for news content displayed in search results or feeds, meaning they would have to pay local media and publishers to link their content. Google previously agreed to pay for news, and Facebook has held out for a better arrangement.

WEDNESDAY (2/24)
Regulation Standards Under Review Across the Board

A new report has come out stating that Boeing and the Federal Aviation Administration have a flawed relationship, which may obstruct the FAA’s ability to identify future safety challenges. The FAA has agreed to implement 14 recommendations in the report and addressed innovations to existing aircraft designs and improved communication with Boeing.

The Securities and Exchange Commission has committed to reviewing its policies on Climate Change. They are evaluating and speaking with companies about the extent to which they are complying with climate change disclosure guidance. They are looking to make a comprehensive framework for companies to produce consistent climate-related disclosures. This will have a significant impact as companies will have to change their business models to factor in climate change practices, which can be expensive. Looking forward, we will have to watch the SEC’s change in policy overwatch.

Mcdonald’s Looks to the Future and the Outlook is Green

In a massive announcement, Beyond Meat has partnered with Yum Brands and McDonald’s to produce an alternative meat product for Vegan Customers. These are some of the largest food brands in the United States, and Beyond will begin to skyrocket in the future. This is a good deal for both partners as Vegan customers are continually looking for cheaper alternatives, and fast food brands are always looking for a new market segment to reach. McDonald’s is looking to create a full line of products, the “McPlant Series,” while the Yum brands will be making pizza toppings, taco fillings, and chicken alternatives. Beyond Meat is now involved in almost all fast-food chains within the United States.

AT&T sells a stake in its pay-TV unit to Private Equity firm TPG and carves out struggling business. AT&T will retain a 70% stake in the business, and TPG will pay $1.8B cash for a 30% stake. This deal values the new company at $16.25B, with about $6.4B in debt. AT&T will now be allowed to stop including the results of its U.S. video operations in its financial reports.

As usual, Friday never goes quietly into the weekend, and it was full of important events. Primarily, the house held the vote for the 1.9 trillion dollar stimulus bill. During the session, Democrats were able to pass the bill, and now the Senate will move to vote on whether it will pass. Although every vote is crucial one way or the other, it will be a tight finish, as even one non-partisan vote can decide the fate of the session.

#17 From Wallstreet to Cancun, A Recap of this Weeks Ice Age