The Fed could be a source of market volatility as Powell and others speak in the week ahead. 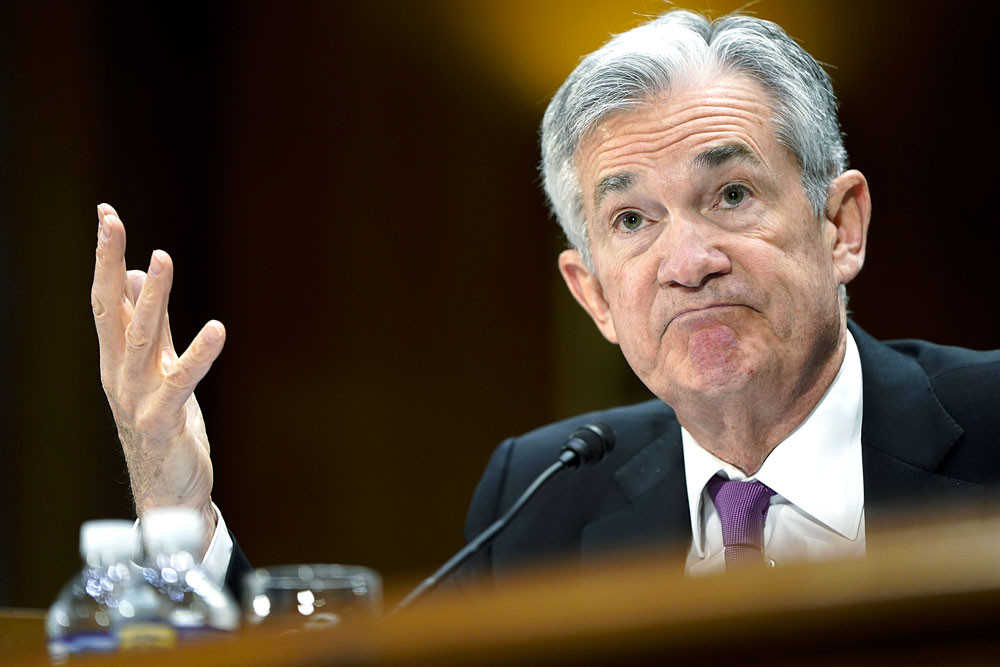 The Federal Reserve could remain a source of angst for markets in the week ahead, with chairman Jerome Powell scheduled to testify twice before Congress and more than a dozen other Fed speeches expected.

The bond market’s reaction to the central bank this past week was pretty volatile, as we would expect.

Though the market was initially steady after the two-day Fed meeting and Powell’s briefing Wednesday, Thursday came with a big selloff in bonds and spiking rates. Traders reacted to the fact that the central bank is willing to let inflation and the economy run hot while the job market recovers.

In the approaching week, bond market professionals will be watching Powell and other Fed members for further cues for what will come in the upcoming weeks.

“This is bonds’ — I wouldn’t call it a day in the sun — it’s more like a day in the tornado,” said Michael Schumacher, head of rate strategy at Wells Fargo. “Clearly, the bond market is the one the equity market is watching right now, and normally that’s not the case.”

Powell testifies Tuesday and Wednesday before Congressional committees and Treasury Secretary Janet Yellen on Covid relief efforts and the economy.

He also speaks on central bank innovation at a Bank for International Settlements event Monday morning.

Inflation and the Fed

There are also some key data.

Important releases include the personal consumption and expenditure data on Friday, including the PCE deflator, the Fed’s preferred inflation measure. Core PCE inflation was running at an annual pace of 1.5% in January.

The Federal Reserve this past week took no action at its two-day meeting, but it did present new economic projections, including a forecast of 6.5% for the gross domestic

product this year. The central bank’s forecast now shows PCE inflation going to 2.4% this year but falling to 2% next year.

The majority of Fed officials did not see any interest rate hikes through 2023.

Powell reiterated that the Fed sees just a temporary pickup in inflation this year because of the base effects against last year’s numbers when prices fell.

The central bank will target an average range of inflation around 2% so that that number could exceed that threshold for some time. It’s a change to the Fed’s ground rules, which makes the bond market nervous.

Normally, the Fed would hike interest rates if inflation flared up to avoid an overheating economy and avert a bust cycle.

“For the bond market and the Fed, there is a communications problem, and there’s a consensus problem. There can’t be tension,” said Diane Swonk, chief economist at Grant Thornton.

“They will be trying to clarify the Fed’s message, but without a consensus on what those numbers and guardrails mean, it will be hard,” she said. “They will be explaining themselves as economists, and they’ll be speaking a different language than the bond market speaks.”

Leo Grohowski, chief investment officer at BNY Mellon Wealth Management, expects the bond market could be more volatile than stocks, and inflation would be problematic for both.

At some point, he expects there could be a 10% stock market correction, and inflation or a sharp move in bond yields could be a trigger.

“The market is trying to make sense of what could be perceived as a disconnect between their economic projections and the Fed’s dual mandate of unemployment and inflation,” said Grohowski.

“Yet, they’re committed to keeping short rates on hold until the end of 2023,” he said. “That’s what the market is struggling with. I think it’s unsettling to me to hear words like ‘overshoot.’”

Rotation from tech into cyclical

Growth and tech have been most sensitive to rising rates, and the Nasdaq has corrected more than 10%.

Grohowski is concerned by the Fed’s willingness to let inflation overshoot because inflation is a negative for stocks.

Supply chain issues are a concern. He pointed to Nike’s comments Thursday that its sales were hurt by port congestion and the shortage of semiconductors, impacting automobile production.

“Inflation expectations are troublesome for P/E [price-earnings] ratios,” Grohowski said. The [stock] market is trading at 22 times our estimate for this year’s earnings.”

He said the market is having difficulty reconciling the lack of any forecasted interest rate hikes versus the Fed’s economic forecast strength.