Investors Are Giving Tesla A Lot Of Credit For Future Execution 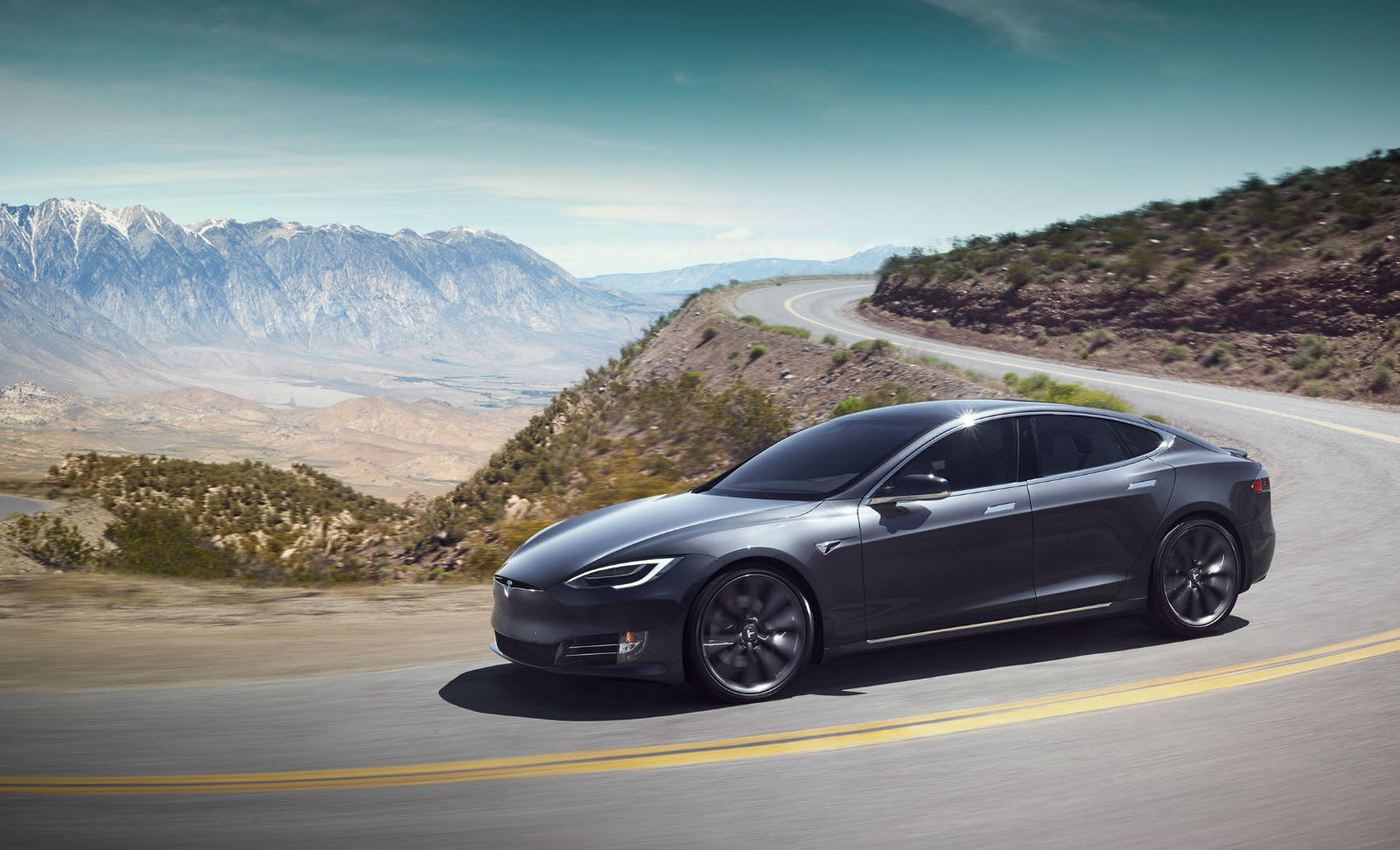 Tesla (NASDAQ: TSLA) is easily one of the most controversial companies in the world right now. Most either love it or hate it. These two groups seem to be split into those who owned it through 2020 and those who watched on the sidelines as the price multiplied 10-fold.

What’s undeniable is that Tesla is working on some exciting innovations in the world’s transition to sustainable energy. The company’s grand ambitions for electric vehicles, autonomous driving, battery design, energy storage, and energy generation have contributed to the widely differing opinions on the business’ future. Some believe its plans are possible, while others are skeptical.

Let’s look at where Tesla is today versus its future expectations, plus what it needs to do to get there.

Tesla Today Versus Tesla In The Future

The automotive business generated 97.2% of total revenue while energy generation and services contributed .7% combined during the 2020 financial year.

To understand the expectations related to Tesla’s future, we need to understand where the company is now versus where it is expected to be in, say, 10 years.

In 2020, the company delivered half a million in vehicle sales and generated $27.23bn in revenue (sales and leasing combined). This is a 30% increase over 2019’s automotive revenue.

The company earns tradable regulatory credits because it operates under regulations related to zero-emission vehicles and clean fuel. It sells these credits to other carmakers who want to comply with the regulations and avoid fines because Tesla doesn’t need them. The CFO stated in an earnings call that demand for these credits would remain strong for the next few years. Still, as electric vehicles become more mainstream and other manufacturers also begin complying with the regulations through their own operations, earnings from these credits’ sales will decline.

Regarding future expectations for the automotive side, Tesla’s CEO, Elon Musk, stated the company plans to produce 20 million cars per year by 2030. That may sound audacious, and it is. But in 2014 (when it sold around 32k cars), Tesla said that it planned to sell 500k cars by 2020, which also seemed audacious, but it did it.

So to put that 20m into perspective, here are a few numbers. That means Tesla needs to increase its current production by 40x (a 44% CAGR). It needs to double what Volkswagen and Toyota (the two biggest carmakers currently) sold in 2020, which was 9.35 million and 9.5m cars, respectively. Plus, market forecasts from Deloitte and Bloomberg New Energy Finance’s likes expect the number of electric cars sold annually to be around 25m in the year 2030. So if true, this implies that Tesla would have an 80% share of the electric vehicle market in 2030, compared to its current 18% in 2020 (it was the market leader in 2020). Tesla is overly optimistic, or the industry forecasts underestimate electric vehicles’ total adoption in 10 years.

Considering that the company generated 43% YoY growth in cars produced from 2018 to 2020, it will need to continue expanding its production capabilities aggressively to continue this growth rate. Achieving this growth will rely heavily on three things: first, an improvement in the company’s capital efficiency (continual reduction in production costs), second, the successful creation of many new factories around the world to support production, and third, widespread adoption of Tesla’s Full Self-Driving (FSD) technology (if the software is successful). We will touch more on these points later.

Regarding Tesla’s energy generation and storage business, it deployed 3.02 Gigawatt hours of energy storage products and 205 megawatts of solar energy in 2020.

At Tesla’s recent Battery Day, Musk announced plans to get to 3 Terawatt hours (TWh) per year in batteries by 2030, a 1000x increase from its current installations.

Considering Bloomberg NEF predicts that energy storage installations around the world will reach 1.1TWh to 2.8TWh by the year 2040, it appears there are some big discrepancies. Tesla’s forecasted energy installations in 2030 would be more than 100% of what BloombergNEF forecasts for the entire world’s installations.

Again, either Tesla is optimistic, or industry forecasts are underestimating the growth of global battery installations.

How will Tesla Reach These Bold Targets?

These bold predictions from Tesla seem vastly different from what some market research by other firms suggests will occur. Regardless, to achieve what it’s claiming is possible, a few things need to occur.

To build more factories in its automotive and energy businesses, Tesla will need to spend money and lots of it. The company had $19.38bn of cash at the end of 2020 (after raising $10bn via equity in the second half of 2020, which was 2% dilutive), generated $5.9bn cash flow from operations, and spent $3.16bn of that on capital expenditures for the year. For 2021, 2022, and 2023, Tesla expects to spend between $4.5bn and $6bn on capital expenditures per year (page 33 of the 2020 annual report). Some forecasts suggest that Tesla will need somewhere between 20 to 40 new gigafactories to reach its goals by 2030, which could cost anywhere between $32bn and $64bn over the next 10 years (if we use the $1.6bn cost of the Shanghai factory). Yearly, that would equate to between $3.2bn and $6.4bn of capital expenditure over the next 10 years. Given the current cash flow from operations and the high cash balance, this seems affordable, at least for the next few years.

Here’s an outline of the company debt to equity situation since 2014 from our company report.

Tesla FSD software is up against almost every other company in the space (e.g., Waymo, GM, Toyota), using LIDAR technology. It’s beyond my current capabilities to outline the technological differences between the two (and they are significant), but what is important to keep in mind is that neither are at full level 5 autonomy just yet. This means both systems are yet to prove they have the capabilities for full autonomy without a human driver.

However, while Tesla’s FSD software is reportedly only at level 2 autonomy, it claims it will be at level 5 (i.e., fully autonomous) by the end of 2021. This could be since it has accrued somewhere in the range of 3 billion miles of data from its fleet of cars on the road to building its FSD software. This is significantly more data than its competitors. So if that software comes to market successfully at the end of this year like the company plans, that would provide more substantial evidence that supports Tesla’s case for being the market leader in autonomous driving software and driving its potential exponential growth. Not only that, the software would provide a very high margin source of recurring revenue. But again, that’s yet to happen, and if it does experience any hiccups in the process, it could be incredibly damaging. So execution is key.

In the manufacturing business, capital efficiency is key to growing production rapidly and affordably. Ark Invest, one of the most widely known bulls on Tesla (Ark owns around $3.7bn of Tesla across its ETFs), believes there is a 50/50 chance Tesla will be more capital efficient than traditional US auto-makers. The Bureau of Economic Analysis showed that traditional US automakers spent $14k per car on fixed assets in 2016. For reference, the Tesla Shanghai factory-required $1.6bn in financing with an initial capacity of 150,000 cars, meaning it costs $10,700 per car (Shanghai recently reached 8k cars per week and expects to produce 550k cars in 2021). To grow rapidly and affordably and enable this growth required to get to 20m cars by 2030, Tesla needs to continue to improve its efficiencies and productivity even further with its future factories.

The thing here is that it seems a lot of Tesla’s current market price is counting on the successful execution of these future events playing out. The CEO even noted this to employees in an internal letter in 2020. The expectations of exponential growth rely on simultaneously expanding production capabilities, increasing productivity, and successfully delivering FSD software to market. The company has a track record of executing, but if any doubt arises from investors about their ability to further execute, it would be incredibly damaging to the stock price.

What This Means For Investors

While Tesla seems to still be in the early days of its ambitious plans, the stock’s current market valuation seems to largely expect that all of these developments occur, even though they’re likely years away and not guaranteed. The huge share price increase in 2020 versus more conservative growth in the actual business indicates that a lot of the rise was due to increasing expectations that the company would successfully execute. As investors, we need to assess a range of possible future outcomes, assess the probability of each outcome occurring, and estimate the potential risk-reward that comes with each outcome playing out.

There’s a saying from Charlie Munger that goes, “No matter how wonderful a business is, it’s not worth an infinite price.” It’s up to us as investors to determine what an appropriate price is.

How to trade Tesla :

As a result, we now see more downside for tesla to come in the near future.

As a day trader and an option trader, we would be looking to buy $550 or $500 puts if this downward trend were to continue.

Tesla’s weight in SPDR S&P 500 ETF Trust, SPY, has led the stock market to retrace back down towards the $370 price level.

Price action has led to many stating that the stock market is crashing.

But to be honest, we have not seen a market crash yet.