A few weeks ago, The Wall Street Journal reported that Southwest Airlines was potentially looking to ink a new deal with Airbus, ending a 50-year relationship with Boeing.

Following the grounding of a large portion of their fleet and many partner companies deciding to move away from Boeing altogether, this news was yet another huge hit to the Boeing Company this year. On Monday morning, in what was a massive turn of events, Southwest announced they had signed an impressive deal to receive a whole new fleet of 737 Max 7 airplanes. Southwest has long followed a cost leadership strategy and the fleet-wide move to the smaller 737 Max 7 models is yet another step towards increased efficiency in training, maintenance, and consistent pricing.

This is the largest purchase Boeing has received since November, when U.S. regulators lifted the 20-month flight ban imposed on Boeing aircraft in 2019. The order consisted of 349 MAX  7 firm orders and an additional 270 Max 7 options from 2021 through 2031.

Stan Deal, Boeing’s CEO who was appointed in 2019 to navigate the company’s way out of the 737 crisis, has surpassed all expectations of how quickly (or if at all) Boeing would return to the forefront of major commercial airline suppliers.

Looking ahead, we predict continued growth for Boeing. With COVID-19 vaccine administration picking up pace, commercial air travel is rapidly approaching pre-pandemic levels. We will continue to see other airlines push for new plane purchases as travel demand continues to grow – especially after many airlines had portions of their fleets grounded and un-serviced for months.

Convicted Criminal Swipes Over 10B from Major Bank

The r/wallstreetbets GameStop rally earlier this year showed everyone just how much the holdings of a single, well-financed fund can impact the overall market. Last week, Archegos Capital gave us yet another demonstration of the power that the high-rollers hold over all of our portfolios.
Archegos Capital, a family investment vehicle (aka – a private company that handles investment management for ultra-rich individuals & their heirs) owned and operated by Bill Hwang, single-handedly caused a market-wide liquidation event of around $33 billion.

When a single entity (like Archegos) owns a substantial amount of stock in a single company, the SEC requires that entity to adhere to strict reporting and disclosure guidelines. To avoid these requirements, Hwang chose to buy and sell a type of derivative called Total Return Swaps (or, equity swaps). 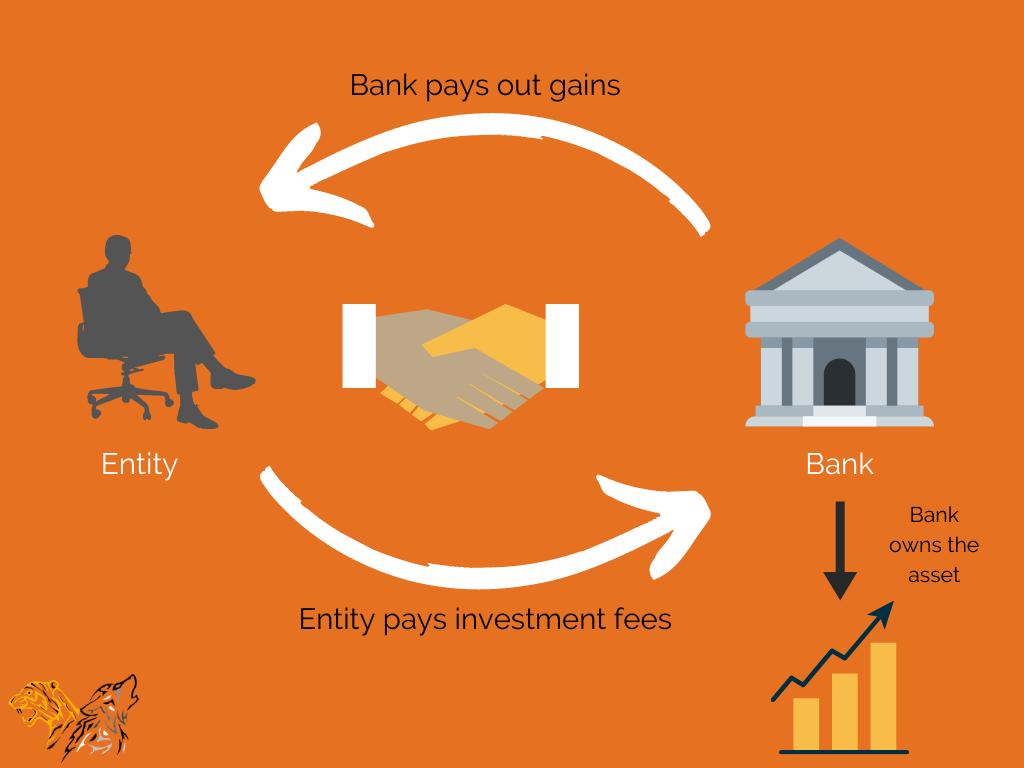 Total Return Swaps work like this:
An investment bank agrees to buy X amount of Y stock, upon the condition that the entity will pay a fee to the bank (to cover the cost of owning the shares). The bank then owns the underlying asset and pays out the dividends and capital gains earned from owning the shares back to the entity. The fee paid to the bank is lower when the share prices are high and higher when the share price drops.
The banks that Archegos partnered with in these Total Return Swap deals included major players such as Goldman Sachs, Morgan Stanley, Credit Suisse, UBS and Nomura.

Now, because of the very low disclosure requirements for entities owning the Swaps, the investment banks that partner in these deals are unaware of the other holdings of the firm.
Hwang, through Archegos, was leveraged over $30 billion in Total Return Swap holdings of eight blue chip companies. The fund only had $10 billion under management.

So, when one of the companies in which Archegos held a huge position, ViacomCBS, rapidly began to tank last week – the partner banks began issuing  Margin Calls. And Archegos was unable to pay.
All of these major investment banks now needed to sell off other Swap positions that they held with Archegos to cover the huge losses the banks were taking on as Viacom fell and Hwang faulted on the payments.

The liquidation event resulted in over $33 billion worth of assets being sold off and an estimated $10 billion in losses for the partnered investment banks. All because one man, who plead guilty to insider trading and wire fraud charges back in 2014, chose to risk more than triple what he could lose.

Microsoft Lands Defense Contract for 20 Billion
In yet another government contract win, Microsoft has signed a $21.9B deal with the United States Department of Defense.
Microsoft has been contracted to provide more than 120,000 of their HoloLens augmented reality headsets to the training and mission preparedness units of the US Army.

The announcement resulted in Microsoft’s share price increasing by 1.7% by the end of the trading day this past Wednesday.

This deal comes less than two years after a $10.5B contract between Microsoft and the Pentagon for a new cloud computing software.

What this means for the future of $MSFT…
While tech sector stocks tend to pull back in times of economic downturn, defense companies are usually considered safe long-term investments, even in times of economic uncertainty. So should a market correction or revenue decline occur that would negatively impact Microsoft’s share price, this recent induction into the ranks of defense contractor may act as a solid mitigator of any substantial loss of value.

Discord Recap
A short week last week with Market’s being closed Friday due to celebrate Easter on Good Friday.

Overall, we did incur some losses but also some wins. 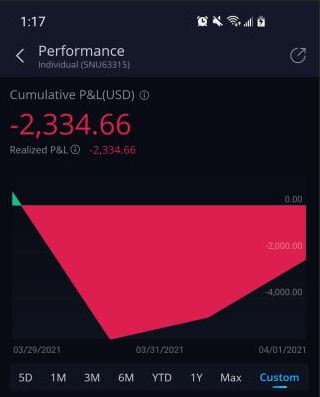 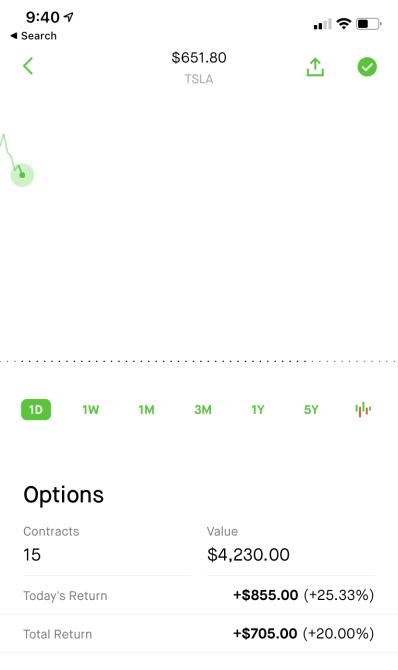 Earnings Recap
Micron Earnings Show a Sector with Tons of Demand
Micron had Q2 revenues of $6.2B, and a net income of $1.1B. The semiconductor industry is booming, demand is climbing, and prices are surging. Data centers, computers, graphics, mobile systems, and the automotive industry are all relying heavily on semiconductors. The current growth of supply for Micron technology is expected to be well below industry demand in 2022. Micron’s Dynamic random access memory (DRAM) semiconductor drives over 70% of their revenue and this industry is growing faster than Micron can keep up. This is a positive sign as demand will remain until one company or the entire industry can increase capacity at a faster rate.  Micron currently allocates its capital in four ways: Share repurchases, Capital Expenditures, Restricted Cash, and liquid cash. We want to see Micron increase its capital expenditure spending to increase its capacity for buyers.
Up-Coming Earnings
April 5th, 2021 – April 9th, 2021 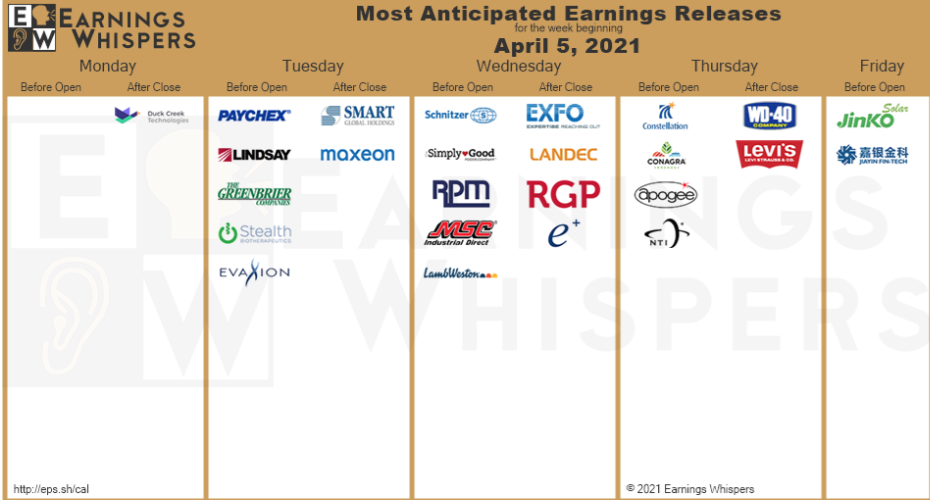 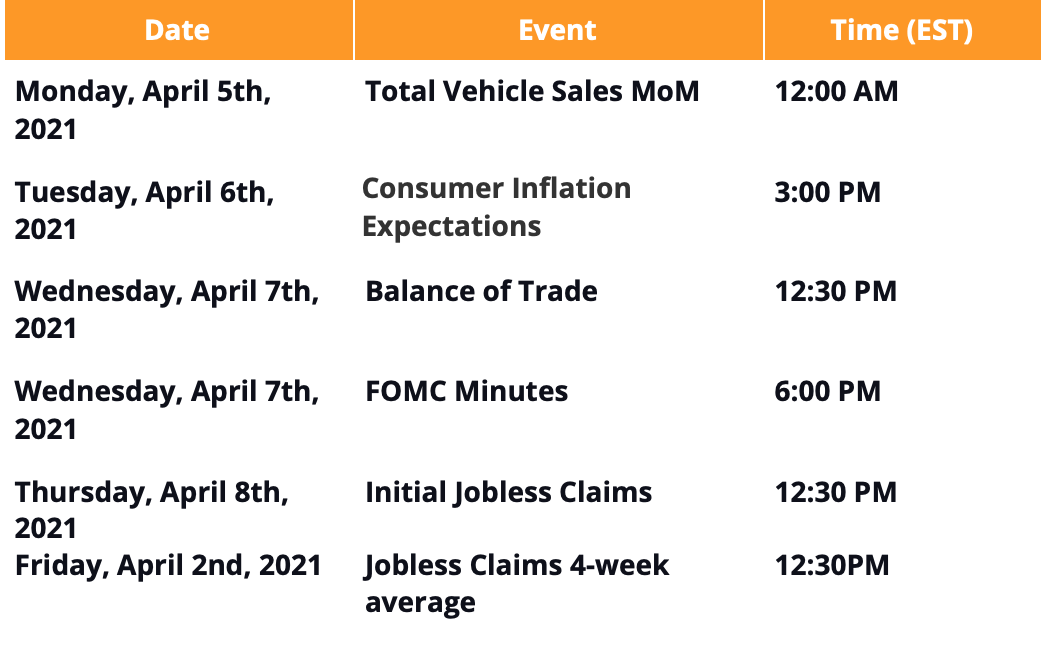 The January Effect and Why it Matters

Stock Splits and their Impact

#9: Last Week of the Year: What to Expect